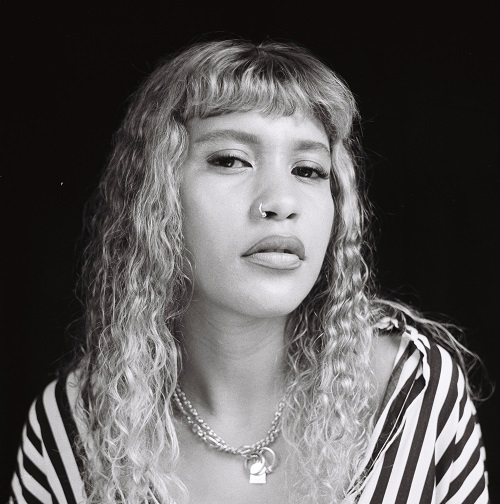 I was born in Guarenas, a city outside the Venezualen capital. It was here that I discovered my love for makeup, hair and fashion. Throughout my childhood, I would draw women with different types of makeup and all sorts of hairstyles. I was captivated by the idea of how one can express themselves through hair and makeup. To the surprise of everyone around me, I had great attention to detail and a sense of creativity that I could convey through my drawings.

I knew this was something I wanted to pursue. Eventually, my drawings turned into styling anyone I could get my hands on. In 2006 I started my professional journey and became a stylist assistant in ‘Gamour Atelier’, a prestigious hair salon in my home city. I spent the next three years simultaneously completing cosmetologist and visagist studies in the capital city while getting practical work experience.

I was totally killin it! But sadly, the political and economic situation in the city was already in decline back then. So, I decided to make the move to a Venezualan island called Margarita Island. No, drinking margaritas (which are Mexican by the way) was not on the agenda at all. Rather I was able to get away from the unrest of the big city and focus on studying hairdressing. I was so thrilled when I was able to eventually open my first small salon! This journey however was disrupted. Soon even Margarita Island was impacted by the degeneration of the country.

Knowing that I wanted more for myself, I took the opportunity in 2011 to move to Rome. This was my chance at having a better quality of life. I stayed focused on my passion and I started working in different salons like ‘Chocolat Boudoir’ and ‘Saccucci Masterclass’. I was happy I got to keep working on my craft. After a while there, it became clearer to me that I had a hunger for adventure and a curiosity for more alternative ways of thinking and living. In 2014 I made the move to Berlin and fell in love with the freedom and the diversity of styles. This is where I needed to be.

Since then I have been working in a hair salon in Friedrichshain called ‘Grenzwertig Friseur’. Over the years I have developed my speciality in edgy hairstyles. I’ve created my own unique finish that resonates with the outward thinking energy of this city. I love that I am able to use all my training to give people classic haircuts that are timeless but also experiment with other clients who want to try something edgier. As an entrepreneur, my projects go beyond the funky walls of ‘Grenzwertig Friseur’. I have been art directing on the side for fun and have enjoyed every step of it. As of 2019, I have officially undertaken the role of Art Director for larger-scale projects which included photoshoots and makeovers. To get a taste of what’s on offer, check out my lookbook here.

We use cookies on our website to give you the most relevant experience by remembering your preferences and repeat visits. By clicking “Accept”, you consent to the use of ALL the cookies.
Cookie settingsACCEPT
Manage consent

This website uses cookies to improve your experience while you navigate through the website. Out of these, the cookies that are categorized as necessary are stored on your browser as they are essential for the working of basic functionalities of the website. We also use third-party cookies that help us analyze and understand how you use this website. These cookies will be stored in your browser only with your consent. You also have the option to opt-out of these cookies. But opting out of some of these cookies may affect your browsing experience.
Necessary Always Enabled
Necessary cookies are absolutely essential for the website to function properly. This category only includes cookies that ensures basic functionalities and security features of the website. These cookies do not store any personal information.
Non-necessary
Any cookies that may not be particularly necessary for the website to function and is used specifically to collect user personal data via analytics, ads, other embedded contents are termed as non-necessary cookies. It is mandatory to procure user consent prior to running these cookies on your website.
SAVE & ACCEPT